The Internet of Things, or IoT, is a buzzword of sorts. However, it is one that describes devices, appliances, vehicles and other products that are network connected so that they can exchange data with one another or with a central communications device.

Some common devices include smart thermostats, wearable step counters, and certain wireless home speaker systems. Each “thing” operates independently, such as a garage door opener which works to open and close the garage door--however, it also interoperates with the Internet infrastructure, such as by this same opening device allowing you to control the opening and closing from miles away instead of using the standard opener from the end of your driveway. According to IHS Markit, experts estimate that the Internet of Things will include around 30.7 billion objects by the year 2020.

One of the main drivers of the expansion of IoT to 30 billion objects is the growth of next-generation portable and battery operated IoT devices. These devices are shrinking, so they can be used in places that were never before possible. 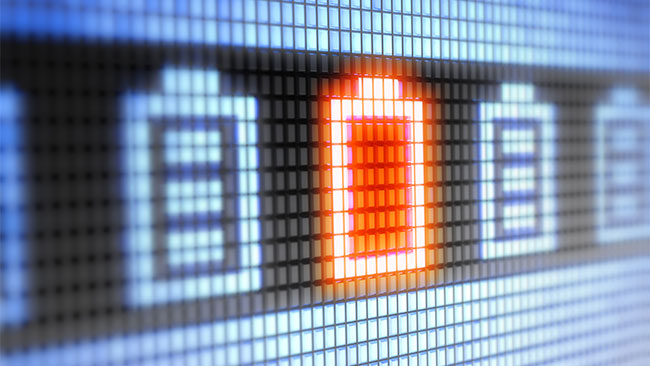 How can something powerful enough to communicate with other devices through the internet be smaller than our smartphones or even smaller than the wearables on the market today? The answer to this will likely be found in the latest battery technology. Once you’ve seen how this new technology works in these small devices you will understand that small size doesn’t necessarily mean small power.

Developers have taken IoT devices down to some of the smallest sizes imaginable. Think of the “smart watch” for instance that allows users to operate many of the functions of their phone as well as track heart rate and other body systems from a simple watch-sized device.

This technology seems to many of us to be something from science fiction--or at least how the future was portrayed to us on television when we were growing up. In reality, these smart watches actually take up quite a bit of space when compared to other ways that IoT power is starting to be utilized. For example, think of medical technology where an implant like a pacemaker is being used to keep someone’s body running as it should. If that device could be connected to the internet, it would allow for easier monitoring by the patient as well as doctors and scientists. The device may even be able to serve multiple functions as it could track other body systems too. 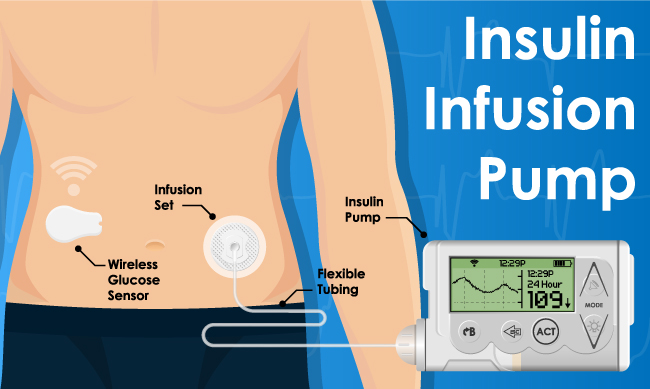 Battery power is vital to operating the IoT-powered devices, but good battery LIFE, or how long the device runs between charges, is the key to helping them succeed in an ever-competitive marketplace.

Customers today are looking at battery life as a key differentiator in IoT devices, including smart home products, wearables and wireless devices. A product that lasts longer between charges is likely more desirable. It makes sense, customers want that connected experience without having to constantly run to recharge. So, this makes clear that for the smallest IoT item batteries need to be smaller AND be able to hold a charge longer. A custom battery product is the best way this can be delivered.

There are a number of technologies today that may support current and future IoT portables. A few of these include:

Solid-state batteries remove the liquid or polymer electrolyte that conducts power within lithium-ion batteries with a solid material. With trial and error, materials have been discovered that are conductive enough to operate even powerful batteries and yet are lighter and smaller than the liquid electrolyte. This advancement allows more power to be stored in a smaller space--one of the biggest challenges of the battery industry as a whole.

Power management integrated circuits or PMICs are a type of integrated circuit that manages power requirements of the host system. Most of these circuits include some form of power control. Essentially, the inclusion of a PMIC will reduce the amount of space that must be dedicated to the battery. The more PMICs advance the less power is needed from a battery which leads to smaller products and longer battery life.

Lithium-ion batteries can become overcharged, over discharged or suffer from short circuits. The more powerful a battery, the more likely it could overcharge. So, as developers strive to accomplish more with IoT devices, the battery power must be protected. 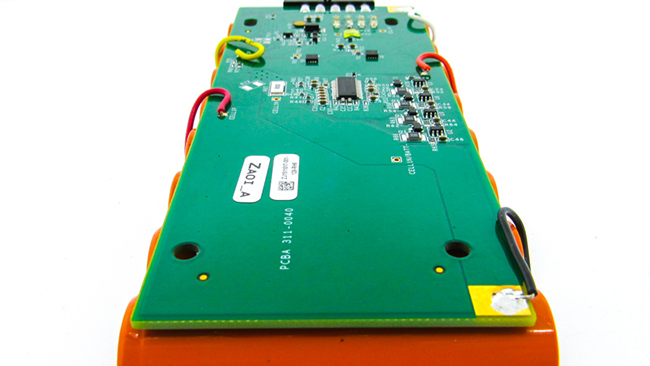 
A cell secondary battery protection can work to shut off the battery power flow during these challenging situations and let the system cool down--this may prevent explosions or fires in these small, yet powerful, devices.

These items above are just a few of the ways that the growth in battery technology is supporting current and future development of IoT devices. When this new battery technology is paired with the amazing advances in the IoT, it is certain that we will see many new “smart” devices developed over the next few years that will make lives easier and help us accomplish more than most would ever think possible.

Does Your Device Require a Power Supply?

Our team of experienced engineers is here to help you design a custom battery pack with all the testing and certifications that meets all industry standards and regulations. 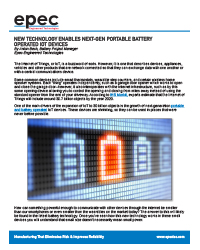