Printed circuit boards (PCBs) are used in numerous industries to control the electronic functions of products or applications. They provide structural support as they allow the electronic components to become connected. These components are connected using a variety of methods including conductive pathways, signal traces, or tracks. These traces, tracks, and pathways are etched and laminated into the non-conductive substrate using copper sheets.

There are different types of holes drilled into circuit boards. Standard PCB holes consist of through holes, blind vias, buried vias, and microvias.

The outline should be drawn with a line of any width starting at 0, 0. The line should be exact in all X, Y coordinated and dimensioned for verification. We often find critical errors where the numeric dimension does not match the outline. All dimensions are verified within the CAD tool. Determining the drill location start position within the outline for one. All holes are based off an X and a Y coordinate and consecutive coordinate from that first drilled location to the next.

When drilling a through hole through the entire printed circuit board, the hole itself may be plated or non-plated. Plated through holes (Figure 1) consist of using copper to plate the surface of the board and through the holes to improve the conductive nature of electronic components with the conductive materials between the dielectric layers. However, the resin used to adhere the multiple board layers together may smear along the holes during drilling which can impact the electronic signals from components and conductive layers. There may also be small bits of dielectric debris remaining in the holes. 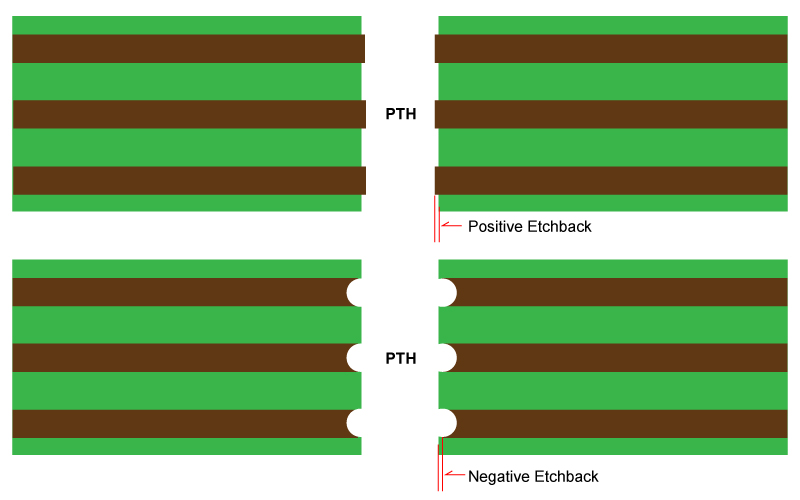 Figure 1: Example of positive and negative through hole etchback.


While some applications will not have their signals impacted by the resins or dielectric debris, industries such as military, aerospace, and medical require high signal performance at all times. Due to this requirement, manufacturers may perform an etchback process for multilayer flexible PCBs and multilayer rigid-flex PCBs.

PCB manufacturers use a process called etchback to remove the debris and resin smear within through holes. Also called desmearing, the etchback process occurs before the copper plating method. Etchback removes a certain amount of the conductive layer or the dielectric layer depending on the methods used. Two methods used to etchback the layers are called micro-etch and plasma etch (Figure 2). Micro etch is used for negative etchback techniques while plasma etch is performed for positive etchback techniques.

Negative etchback (Figure 3) removes (etches) the copper land so it becomes recessed back from the through hole more than the dielectric materials. A micro etch process is used by applying a copper etchant, which is a ferric chloride solution. The PCB is submerged into this etchant, or the etchant is sprayed into the circuit board as it removes only from 0.001" to 0.0005" of copper, based on IPC6013 classes. The drilled holes become desmeared and then the holes become plated.


Negative etchback is a traditional method used in PCB manufacturing. It is cost-effective and a reliable process that works for many applications. However, negative etchback may lower the performance of the PCB due to the removal of the copper conductive material, which could create inner layer separation. In addition, air pockets may become trapped inside.

Positive etchback (Figure 4) takes off the non-conductive dielectric layer between the copper conductive layer. This process uses a plasma etch technique with the use of a plasma chamber as the amount of dielectric material that becomes removed is carefully controlled.

All three sides of the copper become exposed due to the removal of the dielectric material and resins as it protrudes into the through hole. The method allows copper plating to occur on all three sides of the conductive copper layer. IPC6013 requirements for positive etchback states that 0.001" to 0.08" of copper is to be exposed when etchback is specified during PCB development.


Positive etchback costs more than negative etchback. However, the method provides higher levels of PCB reliability and may be a requirement for certain industries such as medical, aerospace, and military. A drawback for positive etchback is that it may create rough holes that lead to through hole cracks and cause excessive stresses that create foil cracks.

Etchback for printed circuit boards depends on the client's specifications and the application. Removing leftover contaminants and resins may allow electrical components, pathways, and traces to improve signal uniformity.

However, keep in mind that both processes, when done excessively, could cause the PCB layers to delaminate or cracks to form in the through hole and foil caused by the solutions that are used. Considering the advantages and drawbacks allows a customer to determine whether etchback is required when plating through holes and which method would work best for their specific application.

Need Help With A PCB Design?

Our team of experienced engineers is here to help you design and manufacture a high-quality circuit board solution to get you ready to move into production.

Identifying Errors and How to Prevent Them 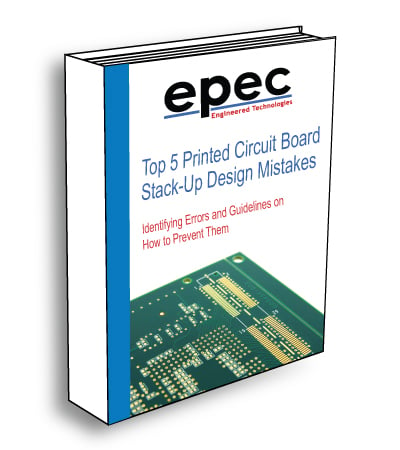 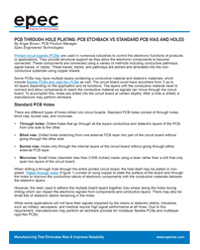