Tactical Targeting Network Technology: What It Is and What You Need to Know


To say that data is an important part of our lives in the modern era is something of an understatement. Thanks largely to the digital world that we're now living in, data is everywhere - not only was more data created in the past two years than at any point in history before it combined, but by as soon as 2020 there will be approximately 1.7 new megabytes of information created for every living person on the planet every second.

But data, on its own, is largely meaningless. It's digital noise - a series of 1s and 0s. Getting specific, targeted and critical data into the hands of the people who need it the most at precisely the right moment is of paramount importance when it comes to extracting and utilizing the valuable insight hidden inside. All of this raises a larger issue of security, particularly in terms of military and defense-based environments.

If data protection is critical to home users in terms of warding off things like identity theft and fraud, think of how critical it is when you're talking about data being transmitted from an aircraft traveling in excess of one thousand miles per hour to command crews on the ground. When something as essential as national security is on the line, you cannot leave anything to chance in terms of reliability and security - which are exactly the types of concerns that Tactical Targeting Network Technology were designed to address. 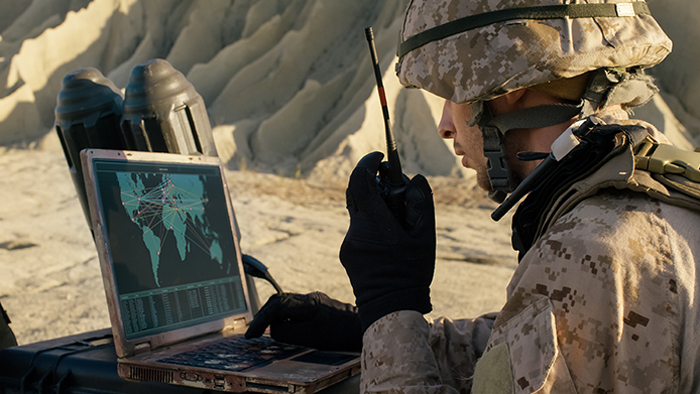 
What is Tactical Targeting Network Technology?

Also commonly referred to as TTNT for short, Tactical Targeting Network Technology is a very specific type of waveform technology that is intended to meet a pressing need for high throughput, anti-jam, low latency and quick net join waveforms for IP connectivity as it relates to the Global Information Grid. Essentially, it's a way to deliver the fastest and most secure ad hoc mesh network that instantly and accurately shares voice, video and data information between two points.

The architecture of the technology itself was based largely on the Joint Airborne Network-Tactical Edge document, also referred to as the JAN-TE, which itself was based on the Time Sensitive Target Networking Technology requirements of the Tactical Data Link Transformation Capability Document.

There are a wide range of different benefits to this type of technology, particularly in terms of defense and government applications. Not only does it provide a low latency, ad hoc, IP-based network functionality, but it can successfully do so for more than 200 users at any given time.

The connection itself is also "self-forming" and "self-healing," which means that platforms (read: users) can automatically join and leave the network without any type of advanced planning - something that is a hurdle to overcome with other types of networking options. This would be very beneficial for situations where multiple jets were in communication not only with each other, but also with crews on the ground as well.

Speaking of military-based applications, TTNT also allows for the instant and secure sharing of the aforementioned types of voice, video and data transfer rates at speeds of up to Mach 8 - or roughly 6138 miles per hour. This again would be very beneficial in a situation where high speed aircraft are engaged in secure communications with one another, even if they were going in different directions. Beyond speed, the volume of data being transferred is also an important performance criteria. The stated TTNT throughput requirement is 10 Mbps at a distance of 300 nautical miles, a significant comparable volume and range. 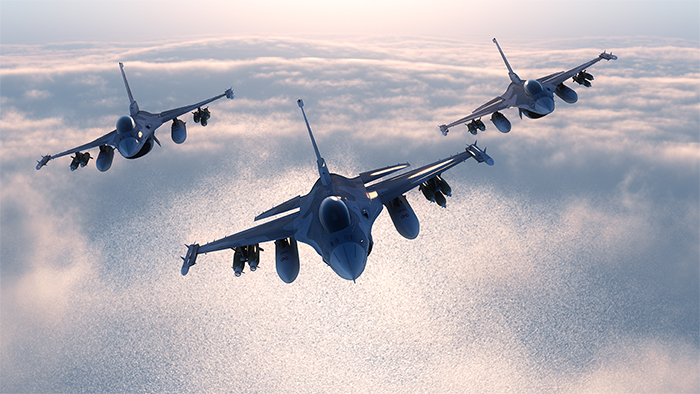 
But one of the real advantages of TTNT comes by way of how data is prioritized during transmission. An advanced statistical priority-based multiple access protocol (or SPMA for short) is employed to make sure that critical data is always sent first and that all lower priority data is held off from transmission until absolutely needed.

Additional benefits of TTNT include a strong "anti-jam" performance feature that is of particular use in a contested environment using a multi-hop relay and automatic routing to extend beyond the line-of-sight, along with the fact that the platform itself allows for the simultaneous transmission and receipt of up to four different data streams at any given time.

All of this makes Tactical Targeting Network Technology an essential part of the modern defense and military landscapes, in no small part because of the way it satisfies the Department of Defense's Airborne Networking requirements.

That particular DoD directive outlines a strong need for how the three segments of the DoD Global Information Grid - space, airborne and terrestrial - communicate with one another via IP-enabled network nodes. Thanks to almost a decade of government investment and demonstrated use in nearly every airborne platform in the United States Air Force and Navy, TTNT has already been proven to be a viable, mature way to accomplish precisely that.


The Many Applications of TTNT

Despite the fact that TTNT itself has been designed for one specific segment (government and defense), it actually has a wide range of different applications within that space that prove just how valuable it truly is as a concept.

In 2005, for example, the Defense Advanced Research Projects Agency (also referred to as DARPA) successfully demonstrated the core technology by connecting tactical aircraft and ground nodes under a wide range of different circumstances. These included support for various applications that included but were not limited to:

It's important to note that by its design, TTNT also allowed tactical aircraft to quickly acquire time-sensitive assets that were in motion and enabled network-centric sensor technologies to correlate information among multiple platforms, significantly increasing the accuracy in locating those targets in the first place.

In terms of actual, military-based applications of TTNT, one example would be a situation where a squadron of fighters are under attack by a large force. Using TTNT and the secure voice, video and other data being transmitted, a ground commander can not only instantly see where support aircraft are but other important qualities like how much ammunition they have (and what type), how much fuel they have and more. All of this would be accurate, actionable and real-time information that a ground commander could use to make the best possible decisions moving forward.

A similar example would take place in the cockpit, where a pilot could use information from their own aircraft as well as information shared via TTNT from the ground to see an enemy fighter approaching from the rear far faster than a Radar Warning Receiver would offer on its own.

In the end, Tactical Targeting Network Technology is about more than just sharing information in the fastest and most secure way possible. It's about making sure that everyone who needs that information has access to it, keeping people in these types of naturally dangerous environments as safe and as secure as possible at all times.


TTNT: The Hardware Factor and Beyond

But none of this is to say that Tactical Targeting Network Technology implementation isn't without its challenges - far from it. Specifically, there are two major hurdles that would need to be overcome - particularly in terms of how TTNT translates to hardware and the new technologies that will be required to support its furthered development and deployment in the future.

On the hardware side of the equation, TTNT essentially requires the development of a wide range of specialty devices, including but not limited to broadband power amplifiers, wideband antennas and transceivers as well as other items compatible with the Joint Tactical Radio System. While TTNT is compatible with some existing hardware (as it is largely a new networking protocol in the first place), widespread implementation would still require vast amounts of new hardware as well.

The TTNT network process as it relates to hardware begins with a particular user (or craft) entering the network range, at which point it both receives a welcome signal and transmits verification iznformation to the nearest hardware node on the ground. At that point, the user is connected both to the nearest node and other nodes in the area for the transmission and receipt of information. Upon leaving the range, the original user is automatically disconnected and the relevant IP address is deleted from the IP table. All hardware that touches any point of this chain needs to support TTNT.

Essentially, any component of the JTRS that is not compatible with TTNT would need to be replaced or updated. This is something that the Department of Defense has been working on since 2006, when they issued a document that mandated the integration of TTNT into the MIDS-JTRS Radio.

But equally important is the technology that will be needed to not only support Tactical Targeting Network Technology as it exists today, but to also empower the types of changes and evolutions that it will take in the next decade and beyond. Without continued work on the development of both TTNT as a concept and the technology that supports it, you would quickly arrive at a situation similar to that of Link16. Link16 is a data link still used to transmit trend-sensing data between tactical aircraft, but it lacks true support for certain DARPA technologies like Airborn Moving Surface Targeting and Advanced Tactical Targeting Technology. TTNT was designed in part to replace Link16 for these very reasons and with that in mind, it needs to continue to be developed and honed in the future.

Our team of experienced engineers has been working on military and defense programs for decades. Custom RF filters are used in the field every day, helping to save the lives of many soldiers. 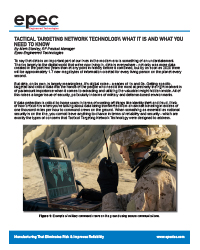