Choosing the Proper Components for Your Cable Assembly or Wire Harness


A key component of any electronic or electrical system is the cable assembly/cable harness - but yet it typically is one of the last components to be addressed. When designing a system the cable assembly should be addressed as early in the design stage as possible to allow for the best design to be specified for the application at hand. Many components will be involved in the assembly design and each component will have an impact on the performance of the finished cable assembly or wire harness. If an assembly that is either over-designed or under-designed is used, there will be negative consequences of the performance of the finished system. 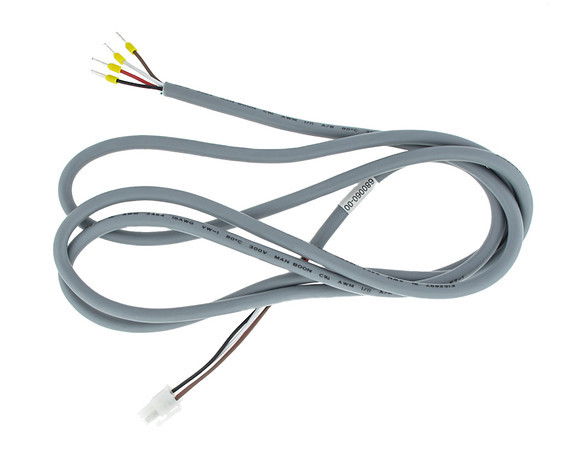 In this article we will discuss the various options to consider when designing a cable assembly or wire harness. Options such as the best materials to use to meet the expectations of the assembly installation, the proper termination method for the type of signal that will be transmitted over the assembly, and what safety certifications the assembly will need to comply with based on the environment.

The most versatile and widely used conductor material is copper. Copper is compatible with numerous coatings to retard corrosion and to aid in the termination process. If more breaking strength of the conductor is a concern, options such as copper clad steel and copper alloys are available. These materials still employ copper but add either steel or alloys such as cadmium, chromium, and zirconium to increase both flex life and breaking strength. In some limited applications stainless steel can be used as a conductor, though stainless steel by itself is a poor conductive material when compared to copper and may have to be plated to improve its conductivity.

Bare copper is prone to corrosion from being exposed to the atmosphere, so most conductors are plated with various coatings to both retard corrosion and to allow copper to be used in more rigorous installations. One of the most popular coatings is tin, which is used to retard the corrosion of the bare copper, is the least expensive coating, and aids in the termination process. If the cable assembly is to be used in environments where higher temperatures will be seen, coatings such as silver or nickel can be applied and allow the conductor to be used reliably to temperatures of 200°C and 260°C respectively.

The conductors used in an assembly can be constructed of just a single solid strand of conductive material or they can be constructed of many smaller conductors. Stranded conductors were developed as a means of overcoming the rigidity of solid wires and come in many variations, and the application of the assembly will determine which type of construction to use. For any given size conductor, the higher the number and the smaller the diameter of the strands, the more flexible the conductor. 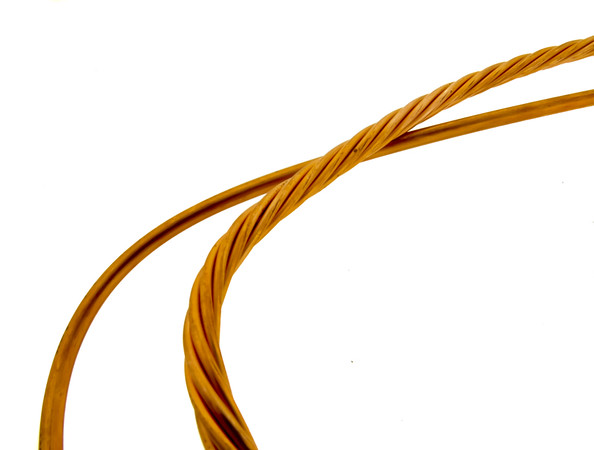 Figure 1: Example of a stranded conductor (right) and a solid conductor (left). Both of the examples above are bare copper (no additional plating).


Each conductor of the cable assembly should be designed for the specific use it will be expected to see. For instance if a conductor is to provide power, the amount of current it will carry needs to be considered before determining the size of the conductor to use. If a conductor will be expected to allow for the transmission of a signal, the speed of the signal and the length of the assembly need to be considered to determine the correct construction of the conductor.

Insulators are available in either Thermoset or Thermoplastic compositions, and as is true with the conductor construction, the material, thickness, and type used for the insulator of the primary conductors will be determined by the application that the cable assembly is to be used in. Materials are available to meet a broad range of applications and environments. Some of the critical areas to address are is the operating temperature that the assembly will be exposed to, the type and level of voltage that the assembly will be expected to carry, how harsh of an environment will the assembly be installed in, and what types of chemicals/fluids will the assembly be subjected to, are all considerations that need to be addressed.

The amount of current or voltage that the cable assembly will be required to carry will also determine the type of insulation to be used. There are insulations that are not able to handle high currents for extended periods of time.

The primary insulation can be colored and marked for identification purposes in cables with more than on conductor. Coloring is completed by using a colorant that is mixed with the compound during the primary extrusion stage. An additional method of identification is by either printing a number on the insulation or by applying a stripe, which can be longitudinal, spiral, or in the form of ring-bands.

Invented by Alexander Graham Bell in 1881, the twisting of wires is done to cancel out EMI (Electromagnetic Interference) from external sources. The most common noise problem is with cables used for telecommunications where pairs in the same cable are next to each other for long distances. Because of the proximity, one pair can induce crosstalk onto an adjacent pair and this noise is additive along the length of the cable. Twisting the pairs of a cable counters this effect due to the pairs only being near each other on the half twist. If an assembly is going to be used for communications or a data signal transmission twisted pairs should be considered to eliminate any risk of noise or EMI impacting the performance of the assembly.

Figure 2: Example above is a cable utilizing conductors – not twisted pairs.

To further control both EMI/RFI, overall shields can be applied once the conductors/pairs are cabled together. There are several options for overall shields with each having advantages and disadvantages. One of the most popular shields is a metalized foil adhered to a polyester backing, known as a foil shield. The foil shield is the lowest cost to apply, has fairly good flexibility but not good flex life, and is good at higher frequencies but is less effective at low frequencies.

Another option for an overall shield would be a braid shield. This type of shield is composed of many small diameter wires that are "braided" onto the cable core using specialized equipment known as braiders. This type of shield is higher cost than a foil shield, is more difficult to terminate than the foil shield, but offers better shielding at lower frequencies and provides for better flex life.

A different type of shield is a spiral shield where small diameter wires are wrapped around the cable core. This type of shield provides excellent flexibility with long flex life but is poor at protecting at high frequencies and is difficult to terminate.

The best protection against EMI/RFI comes from a combination of foil and braid shields. This combination provides excellent protection at all frequencies, is easy to terminate, but is usually the most expensive option. 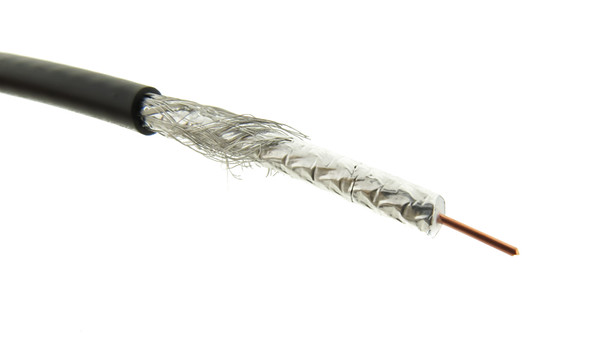 Figure 3: Example above illustrates a combination of a foil and a braid shield used to control EMI/RFI.

When the cable core is finished being constructed, an outer sheath or jacket is applied. This jacket is a protective covering and is called upon to be flame retardant to meet UL and/or CSA requirements. The outer jacket can also be called upon to be physically tough to protect the cable from harsh environments, be flexible to allow movement of the assembly during both the installation and during the life cycle of the equipment it is installed on, be chemically resistant, and to be semi conductive in some applications.

The jacket can be made from many different materials with the type of material used dependent on the environment the assembly will be installed in. PVC is the most widely used and cost effective compound currently in use. Other materials than can be used are urethane based products that are used for severe service applications, elastomer based products that are an acceptable substitute for rubber in many applications, fluorocarbons that offer extremely good fire resistance and physical toughness, alloy based materials that offer properties of several different materials previously mentioned, and lastly non-halogen materials the offer low-smoke, low toxicity, and low acid generation if exposed to fire.

One of the major concerns when designing a cable assembly or wire harness is location. The key factor is the region of the world where the assembly will ultimately be used, the safety certifications that the specific region regards as law, and the environmental standards that need to be met by the assembly.

Beyond North America, most countries will have their own agencies that compose the installation standards for their country, with the majority of those countries using IEC (International Electrotechnical Commission), CEE (International Commission for Rules for the Approval of Electrical Equipment), or CENELEC (European Committee for Electrical Standardization) as the basis for the guidelines.

There are also environmental standards that limit or restrict the use of hazardous substances in products. The REACH and RoHS directives are two such standards limiting the use of hazardous substances. In addition to REACH and RoHS is the WEEE Directive. The WEEE Directive governs the disposal and recycling of electronic and electrical products when products are at the end of their usable life.

In conclusion, there are a number of factors to determine when designing a cable assembly or wire harness for your application. Every specification of the design needs to be addressed upfront before manufacturing can begin. Disregarding some of these important factors could hurt the performance of the final product and could also affect the price if over or under designed. If you are designing a product that requires a cable assembly, it is always a best practice to bring up all the details with your manufacturer regarding the full application to help determine what the proper cable assembly will best suite your end products needs.

Not Sure What The Best Component Options Are For Your Cable Assembly?

Our team of engineers can help you to select the proper components that are best suited to exceed your application requirements. 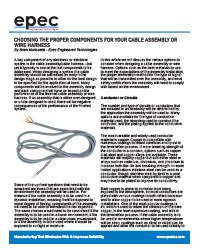