Every day more and more of the things we use on a day-to-day basis use batteries. The global market for batteries in 2014 is $83 Billion, and according to research from The Fredonia Group, it will grow at a CAGR of 7.8 percent through 2019 as devices continue to proliferate. Rechargeable lithium-ion batteries make up the largest segment and market growth will be driven largely by hybrid and electric cars and batteries for electronic devices.

As the need for batteries increases, our engineers at Epec Engineered Technologies continue to search for smaller, safer and longer lasting battery and charging technologies. Recent breakthroughs include lithium-air and lithium-oxygen, barium-titantate and dual-carbon batteries.

Science is working as hard on new charging methods as it is on new batteries. Here are some of the latest techniques that we are following and how they might affect the future of portable devices.

Solar energy gets a lot of press as a way to reduce the cost of heating and lighting homes and offices, but it also works well for powering small devices in everything from medical devices, remote controlled window shades to in-store displays.

Photovoltaic cells used to be extremely large and inefficient, but now they can be made smaller, lighter, and more flexible. They can even create electricity using the relatively weak light from a table or desk lamp. You can find solar chargers in camping goods stores, in clothing, and in high tech electronics.

A lot of backpacks include solar panels on the bag with wire channels or USB ports for connecting devices so they remain charged during travel. There is also a complete line of lightweight foldable solar chargers capable of charging multiple devices at the same time. 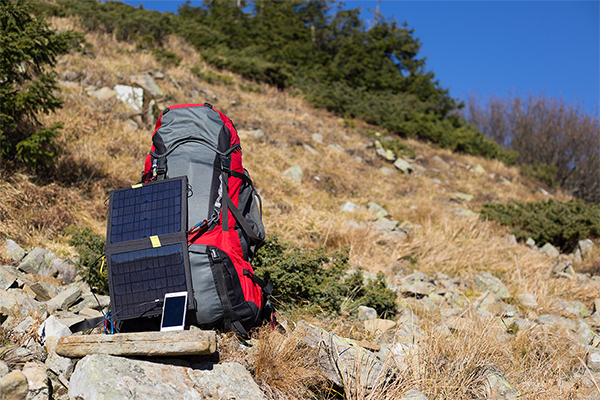 
Solar charging isn’t just for travelers. Logitech has a line of solar powered PC accessories which operate wirelessly and charge easily in typical room lighting. This technology is particularly useful in medical applications where the devices can be charged using room lighting thereby saving on electricity.

To produce energy for charging, a wind turbine drives a permanent magnet alternator connected to a battery bank through a rectifier. Wind power has been used to provide power to boats and marine systems. There is even a portable wind charger designed to power cell phones and mobile devices for travelers. The Trinity wind charger is a tube about a foot long. The blades and the legs fold into the tube when it’s not in use, making it convenient to carry. Simple to set up, it can store enough energy to charge a cellphone four to six times. You can even skip the battery and hook your phone directly to the charger. The Gotwind and the PowerTraveler PowerMonkey are similar devices although in a different form factor. The PowerMonkey has an optional mount to attach it to bicycles. It is only 3.5 inches long and weighs about 10 ounces.

The Hymini is a hybrid device that uses both solar and wind for charging, you can even crank it by hand to charge up if you have no wind or sun. The Hymini is small enough to clip to your clothing or hold in your hand, and it comes with a variety of adapters for various devices.

Zephyr Energy Corporation’s patented Windbeam micro generator stands out as a unique technology that is well suited for a variety of applications. Unlike wind turbines, the Windbeam does not rely on spinning blades to recharge batteries and power electronic devices. 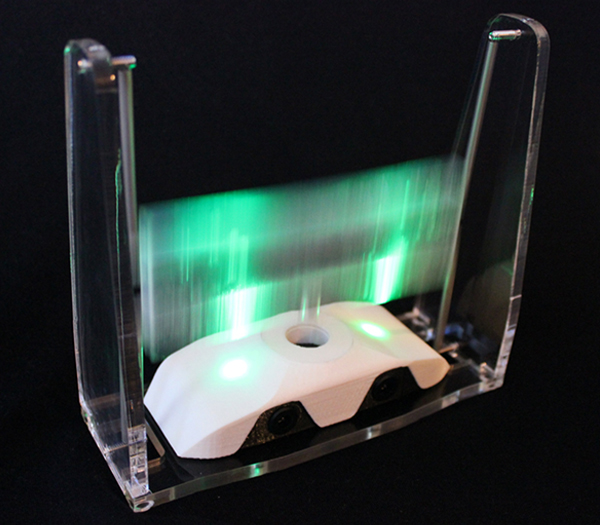 
The Windbeam generator consists of a lightweight beam suspended by durable long-lasting springs within an outer frame. The beam oscillates rapidly when exposed to airflow due to the effects of multiple fluid flow phenomena. A linear alternator assembly converts the oscillating beam motion into usable electrical energy. A lack of bearings and gears eliminates frictional inefficiencies and noise. The Windbeam’s novel design allows it to operate silently in wind speeds as low as 2 mph. The generator can operate in low-light environments unsuitable for solar panels (e.g. HVAC ducts/exhausts and commercial refrigeration exhaust) and is inexpensive due to low cost components and simple construction. The scalable technology can be optimized to satisfy the energy requirements and design constraints of a wide range of applications.

This technology is especially interesting because it can take the exhaust or excess energy from processes and turn it into power, making an entire system significantly more energy efficient.

Hydro power uses the energy from the flow of water to create electricity. It is usually very site specific since you can’t carry a stream of water around with you. However, the city of Seoul solved that problem when it installed a series of hydro powered charging stations driven by turbines to charge the large volumes of mobile devices for its citizens and visitors on the go. These charging stations in Korea take two to three hours to charge a cellphone.

Hydro powered charging by its nature is more suited to stationary applications, but it can be used to charge a battery pack that is more portable. Hydro power is very useful for boats and marine applications, including scientific equipment used to study marine life.

Even though the water source is stationary, the charger can be portable enough to bring to the water. The Blue Freedom hydro power generator is small and lightweight enough to fit in a backpack for campers and hikers. When tossed in the water, the turbine generates electricity stored in the attached battery. An hour in the water generates about ten hours of talk time for a cellphone, according to the manufacturer.

Friction excites electrons and causes them to move between objects, generating electricity. You experience friction generated electricity when you receive an electrostatic shock from walking on carpeting or when your hair stands on end after pulling a sweater over your head.

Researchers at Georgia Tech recently developed a charging method powered by rubbing two pieces of material together. One piece is metal and the other is a special plastic. Both are coated with nanoparticles to increase the surface area and create more friction. The resulting material can be worn in clothing or shoes and generates electricity without any additional effort beyond normal movement.

Friction charging has tremendous implications for the real world. The everyday actions of interacting with our devices—swiping, clicking and scrolling, for example—could be harnessed to charge the battery. The friction of the device rubbing against our clothing in a pocket or purse could keep devices fully charged. Medical implants would have permanently charged batteries just from the normal motions of daily life.

Tribostatic charging, which is the scientific name for friction charging, is used in industrial applications such as painting. A negatively charged surface attracts positively charged paint molecules, causing faster and more even coating. The same principle holds true for powder coatings such as dry lubricants.

AMPware introduced a hand cranked charger at CES 2016. About five minutes of cranking the fold out handle powers an iPhone 6 for about an hour. The crank is built into a special case, making the charger convenient to carry and use.

The AMPYMove, introduced at CES 2016, uses the motion of your daily activities to generate electricity that it stores for charging devices later. AMPYmove is also a technically advanced fitness tracker with a unique incentive system. The more you move the more energy you get to power your devices.

Our dependence on the devices we use every day is not about to change, but the technology we use to keep them powered up is evolving rapidly. Epec works closely with industry technology leaders such as Texas Instruments (TI) and Linear Technologies as they begin to develop the next generation of integrated circuits (IC) that will allow us to incorporate these new technologies into our application designs. Energy harvesting with breakthrough TI technology allows the development of systems that extract and manage nano power from a variety of sources such as solar, thermal electric, electromagnetic, and vibration energy. From solar-powered sensors for wireless monitoring of factories or farms to using body heat to power sensors on medical and fitness equipment, TI is creating a complete ecosystem for designers.

New types of batteries and new ways to harness the natural power in the world around us will be the next way to keep batteries charged every day. Epec will continue to invest in research and development in the latest battery power trends to give our customers the best options for their application.

Our team of engineers can help you to design and manufacture a custom battery pack solution using solar, wind, and hydro power to keep your battery charged. 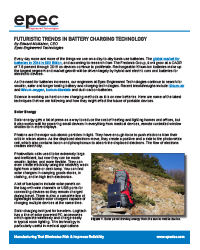