More and more lithium ion applications are utilizing prismatic or pouch cell (soft pack) designs which are an excellent way to reduce weight and cost, as well as optimize packaging efficiency at the battery level.

Lithium Ion (Li-Ion) battery power systems are increasingly becoming the choice for many applications because of Li-Ion's higher specific energy density than the core technologies of the previous decade such as nickel cadmium and lead acid batteries.

Li-Ion technology has higher voltage output per cell than many other systems. Therefore, fewer cells are needed for a given battery voltage. 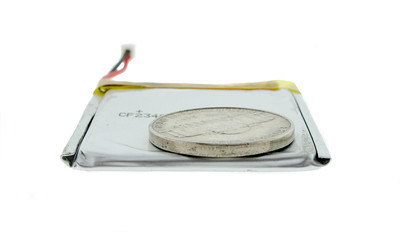 Introduced in the early 1990s, the prismatic cell satisfies the demand for thinner sizes and lower manufacturing costs. Wrapped in elegant packages resembling a box of chewing gum or a small chocolate bar, prismatic cells make optimal use of space by using the layered approach. These cells are predominantly found in mobile phones with lithium-ion. No universal format exists and each manufacturer designs its own. If the housing design allows a few millimeters extra in a cell phone or laptop, the manufacturer designs a new pack for the sake of higher capacity. High volume justifies this move. 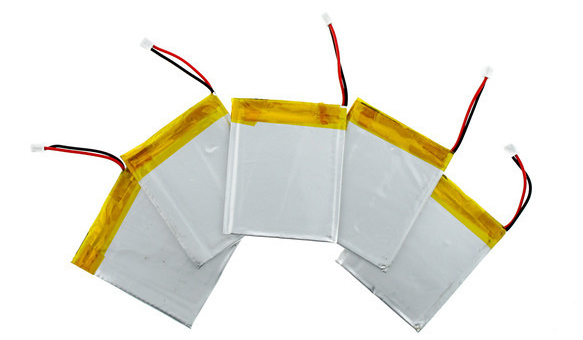 
Prismatic cells are also making critical inroads into larger formats. Packaged in welded aluminum housings, the cells deliver capacities of 20 to 30Ah and are primarily used for electric powertrains in hybrid and electric vehicles. Figure 4shows the prismatic cell.

The prismatic cell requires a slightly thicker wall size to compensate for the decreased mechanical stability from the cylindrical design, resulting in a small capacity drop. Optimizing use of space makes up this loss. Prismatic cells for portable devices range from 400mAh to 2,000mAh.

Prismatic cells are contained in a rectangular can. The electrodes are either stacked or in the form of a flattened spiral. They are usually designed to have a very thin profile for use in small electronic devices such as mobile phones. Prismatic cells provide better space utilization at the expense of slightly higher manufacturing costs, lower energy density and more vulnerability to swelling, but these are minor effects which don't constitute a major disadvantage.

The prismatic cell improves space utilization and allows flexible design but it can be more expensive to manufacture, less efficient in thermal management and have a shorter cycle life than the cylindrical design.

In 1995, the pouch cell surprised the battery world with a radical new design. Rather than using a metallic cylinder and glass-to-metal electrical feed-through for insulation, conductive foil tabs welded to the electrode and sealed to the pouch carry the positive and negative terminals to the outside.

The pouch cell makes the most efficient use of space and achieves a 90 to 95 percent packaging efficiency, the highest among battery packs. Eliminating the metal enclosure reduces weight but the cell needs some alternative support in the battery compartment.

The pouch battery pack can be found in applications in consumer, military, as well as automotive industries. No standardized pouch cells exist, so each manufacturer builds the cells for a specific application. Pouch packs are commonly Li-polymer. Its specific energy is often lower and the cell is less durable than Li-ion in the cylindrical package. 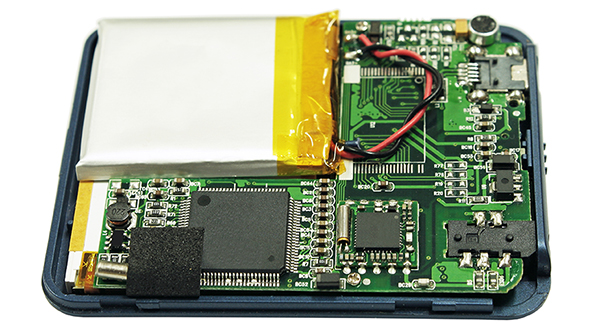 Swelling or bulging as a result of gas generation during charge and discharge is a concern. Battery manufacturers insist that these batteries do not generate excess gases that can lead to swelling. Nevertheless, excess swelling can occur and most is due to faulty manufacturing, and not misuse. Some dealers have failures due to swelling of as much as three percent on certain batches. The pressure from swelling can crack a battery cover, and in some cases break the display and electronic circuit board. Manufacturers say that an inflated cell is safe. While this may be true, do not puncture a swollen cell in close proximity to heat or fire; the escaping gases can ignite. Figure 6 shows a swelled pouch cell.

Swelling can occur as part of gas generation. Battery manufacturers are at odds why this happens. A 5mm (0.2") battery in a hard shell can grow to 8mm (0.3"), more in a foil package.

To prevent swelling, the manufacturer adds excess film to create a “gas bag” outside the cell. During the first charge, gases escape into the gasbag, which is then cut off and the pack resealed as part of the finishing process. Expect some swelling on subsequent charges; 8 to 10 percent over 500 cycles is normal. Provision must be made in the battery compartment to allow for expansion. It is best not to stack pouch cells but to lay them flat side by side. Prevent sharp edges that could stress the pouch cell as they expand. 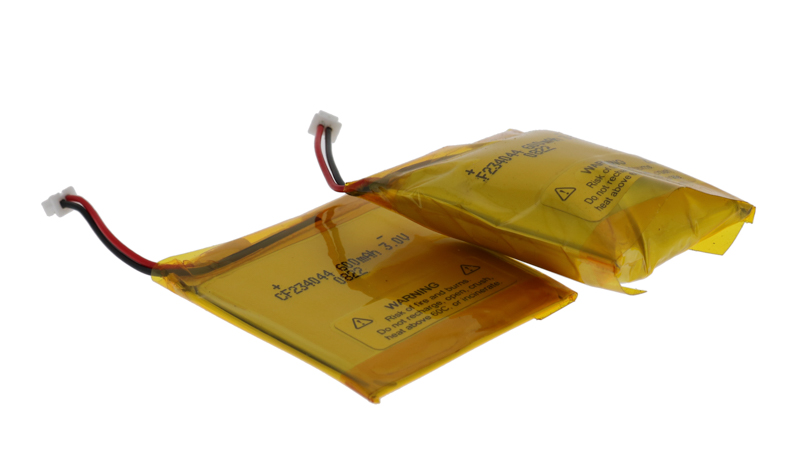 Pouch casings are typically used for Lithium Polymer cells with solid electrolytes, providing a low cost "flexible" (sometimes in unintended ways) construction. The electrodes and the solid electrolyte are usually stacked in layers or laminations and enclosed in a foil envelope. The solid electrolyte permits safer, leak-proof cells. The foil construction allows very thin and light weight cell designs suitable for high power applications but because of the lack of rigidity of the casing the cells are prone to swelling as the cell temperature rises. Allowance must be made for the possibility of swelling when choosing cells to fit a particular cavity specified for the battery compartment. The cells are also vulnerable to external mechanical damage and battery pack designs should be designed to prevent such possibilities.