An engineering team within medial industry company approached Epec to manufacture a rigid-flex circuit to be placed within a medical device used in conjunction with Magnetic Resonance Imaging (MRI). Gerber data along with appropriate documentation was submitted for a full design review and quote.

The data package was reviewed by Epec’s Product Managers. A discovery was made in the initial design indicating that it would not meet IPC and UL specifications. Epec supplied the client with a detailed DFM as to why their design failed to meet both IPC and UL specifications along with an explanation why the current rigid-flex circuit design would cause defects likely to impact the reliability of the client’s end product.

Although the client was in agreement with Epec’s proposal their corporate policy strictly outlines that they must select vendors from their Approved Vendor List (AVL). Epec’s proposal offered a 15-20 lead time compared to the initial 6 weeks, a 20% cost savings, and increased technical support but overall it was overruled.

After the rigid-flex PCB’s were assembled and populated the rigid-flex boards failed and would not function. The original corporate vendor did not agree with Epec’s design changes and manufactured them to their blueprint/design. This issue ended up adding additional expenses to the client as the boards had already been manufactured and assembled.

The engineering team returned to Epec for assistance. Paul Tome, our flex and rigid-flex product manager worked with the client and Epec’s engineering department to update the rigid-flex data set. Epec was awarded the rigid-flex project. The design was built to Epec’s original design specifications which complied with IPC and UL specifications. Epec delivered on time and for a better price. All the rigid-flex circuit boards performed when populated and power was applied. Now with a functional rigid-flex PCB, customer’s project was once again moving forward. 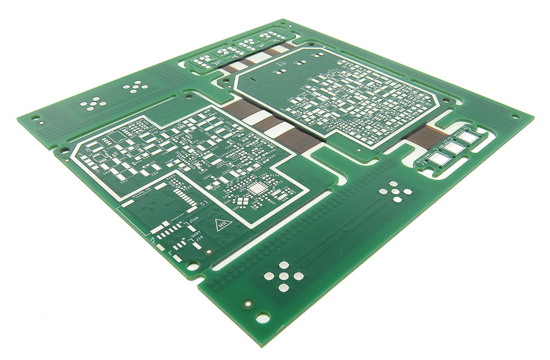 In the project meeting, our sales representative Rich Gregorski was told that the project manager was not concerned with the cost savings but delivery and quality were paramount.

The finished product went for advanced testing which included a 100 drop-tests from three feet. The concern was the joint at the flex/rigid portion of the PCB would fail when the handheld device was dropped. It withstood 100 drops and passed however, the plastic housing of the device failed after 97 drops. After the testing was completed Epec’s rigid-flex board still functioned properly.

Epec’s credibility has now spread throughout this company beyond the engineering team that worked with our team on this project. Since this time we were awarded the second build of the product.

Purchasing arrangements at this high-tier company are still in compliance with AVL but more people within their company are aware of this success and are pushing the Epec brand.