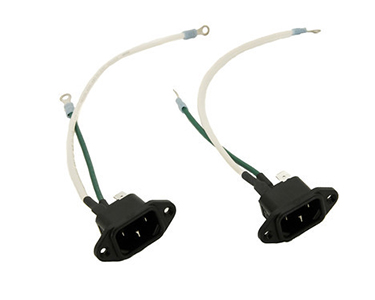 USB (Universal Serial Bus) was developed in the 1990's as an industry standard and defines the cables, connectors, and the transmission protocol that is used between computers and electronic devices. USB was designed to standardize the connection of computer peripherals (including keyboards, pointing devices, digital cameras, printers, portable media players, disk drives, and network adapters) to PCs (personal computers), both to communicate and to supply electric power.

USB has also become commonplace on other devices, such as smartphones, PDAs, and video game consoles. USB has effectively replaced a variety of earlier interfaces, such as serial and parallel ports, as well as separate power chargers for portable devices. As of 2008, approximately six billion USB ports and interfaces were in the global marketplace, and about 2 billion were being sold each year.

Some USB powered devices, such as high-speed external disk drives, require more power than a single USB port can provide and therefore may have power issues if powered from just one USB port. These issues could include erratic function, failure to function, or overloading and damaging the port. Such devices may come with an external power source or a Y-shaped cable that has two USB connectors (one for power and data, the other for power only) to plug into a computer. With such a cable, a device can draw power from two USB ports simultaneously.

We can provide assemblies that comply with the various USB versions in both standard and custom designs. These designs can include custom over mold and strain reliefs with cable exits specific to our customer's needs.

A high voltage power cable assembly (120 volts or greater) is an assembly consisting of two or more electrical conductors usually held together with an overall sheath. There are two typical types of applications for a power cable, fixed wiring and portable cords. The fixed wiring installations are usually installed as permanent wiring within buildings, buried in the ground, run overhead, or left exposed when used to wire machinery. Flexible power cables are used for portable devices such as mobile tools and consumer appliances.

Modern high voltage cables use polymers or polyolefins for insulating materials, though rubber and XLPE based materials are also popular. Many multiconductor cables have a bare or insulated grounding or drain wire which is for connection to earth ground. The grounding conductor connects equipment enclosures to ground for protection from electric shock. Electrical power cables are often installed in raceways, including conduit and cable trays, which may contain one or more conductors. A hybrid cable can include conductors for control signals or may also include optical fibers for data.

When applications require a cable to be moved repeatedly, such as for portable equipment, more flexible cables called "cords" are used. Flexible cords contain fine stranded conductors, not solid core conductors, and have insulation and sheaths to withstand the forces of repeated flexing and abrasion. Very flexible power cables are used in automated machinery, robotics, and machine tools.

A portable cord (also known as portable cordage or flexible cord) is a cable with multiple conductors used for functions requiring flexibility. The cord can be used for power in a range of applications such as operating motors in small and large tools, equipment, power extensions, home appliances and machinery. Portable cords may be used in commercial, industrial and residential applications. They work well on job sites where resistance to oil, chemicals and abrasion is critical and also perform well in extreme environments (heat and the cold, outside or inside). Additionally, some portable cords can be water-resistant or water submersible. Because of their characteristics, portable cords are commonly used in a range of facilities, such as construction sites, mills, mines, sports complexes, or even marinas.

Although the construction of a portable cord varies depending on the type, a standard cord has at least two stranded copper conductors. The copper stranding, insulation and jacket directly influence the physical properties of the cord and its use.

Power plugs and sockets are devices that are attached to cords and allow electrically operated equipment to be connected to the primary power supply. Electrical plugs and sockets differ in voltage and current rating, shape, size and type of connectors based on the region/country they will be used in. Generally the plug is the movable connector attached to the cable, and the socket is the fixed receptacle on the equipment or a building. The plug has protruding prongs, blades, or pins (referred to as male) that fit into matching slots or holes (called female) in the sockets. Sockets are designed to prevent exposure of bare energised contacts. Sockets may also have protruding exposed contacts, but these are used exclusively for grounding. Plugs and sockets are standardized based on the National Electrical Manufacturers Association (NEMA) and the International Electrotechnical Commission (IEC).

At Epec, we can provide assemblies using any combination of plugs and sockets needed.

We are here to help create a cable assembly that will exceed your requirements.

Ebook - 10 Methods to Reduce Cost in Your Cable Assembly