A lumped element RF filter is a passive device whose size across any dimension is much smaller than the operating wavelength so that there is minimal change in phase of a waveform between the input and output connections. 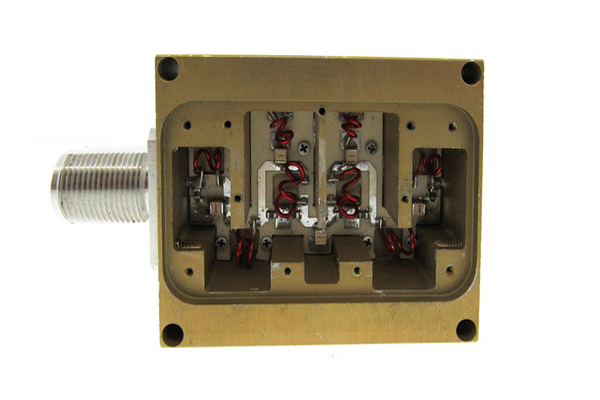 Lumped element designs are lower cost, smaller in footprint, and have wider bandwith characteristics than their distributed element counterparts. As these are passive devices, that do not add any energy to a signal and are reciprocal (meaning that it has a symmetric S-parameter matrix), no feature of its structure can exceed 1/10 of a wavelength at the maximum frequency of its usage.

A lumped element is considered as a passive device that is smaller than the operating wavelength. This design allows for there to be minimal changes in the waveform phases between the input and output connections. Ceramic chips will also be placed within the diplexer to help with thermal management. The chips will prevent temperatures from becoming too high, which can damage the components.

We are here to help with all your custom RF product needs.