The new InstantPCBQuote was released at the end of August and has been in beta for about a month. This new version has a more modern look and feel, supported by a more advanced back-end infrastructure. It is now also more compatible with recent web browser changes and various screen resolutions. 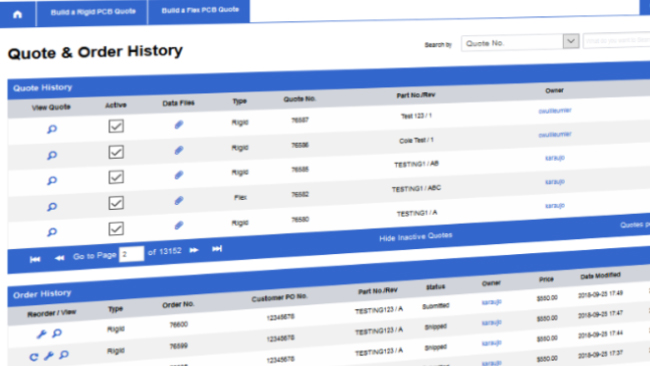 "Our IT and Marketing teams have been working on this for about a year now and we are excited that it has finally been released. The goal of this re-launch was to make the site more user friendly to ensure a great experience to our customers", shared Keith Araujo, Director of Marketing at Epec.

Lori Schulte, Inside Sales Manager at Epec commented, "So far, the response from our customers has been very positive. After beta testing we took into account all of the feedback we received to make sure the site was ready. Live chat is also available, which has been a great new feature to give our online users a fast and easy way to communicate with a real person instantly."

InstantPCBQuote is coming up on its 10-year anniversary in 2019. We are already working behind the scenes on incorporating additional functionality with the goal of keeping InstantPCBQuote as the fastest and most accurate online PCB ordering tooling in the industry.