Paradise Promoted to President of Epec 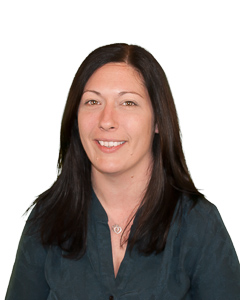 Kendall is a well-known PCB veteran, having grown up in her family's company, Beaver Brook Circuits, before it was purchased by Epec in 2002. Since that time she has distinguished herself, and been actively involved in every department at Epec, most recently as the Director of Operations. Having spent the last eight years developing and refining Epec's global supply chain, including living in Asia, Kendall is uniquely qualified and prepared for her new role.

"Kendall has proven her abilities and successfully delivered on our Company's objectives," shared Greg Klein, Chairman of Epec. "I am especially proud of her record of mentoring and training our people, by growing senior management from within an expanding and highly competent team."

"Epec is a great company with a tremendous future and many growth opportunities," said Kendall. "I am extremely proud of this honor and look forward to working with our leadership team to continue delivering value to our customers, suppliers, and employees worldwide."