How Custom Ethernet Cables are Changing the World for Data Transmission


We live in an interconnected world and very few industries can operate their businesses without having computer network connections. Whether it is a centralized system to communicate with different departments, such as accounting and warehouse, or a network for company employees to share information and documents instantly, this setup requires the necessary connections so data can be uploaded, transferred, and downloaded in milliseconds.

To make these connections, companies will rely on the use of the Ethernet and the right cables. Without the Ethernet, the connections we have today between computers, printers, modems, and other computing devices would be very different. 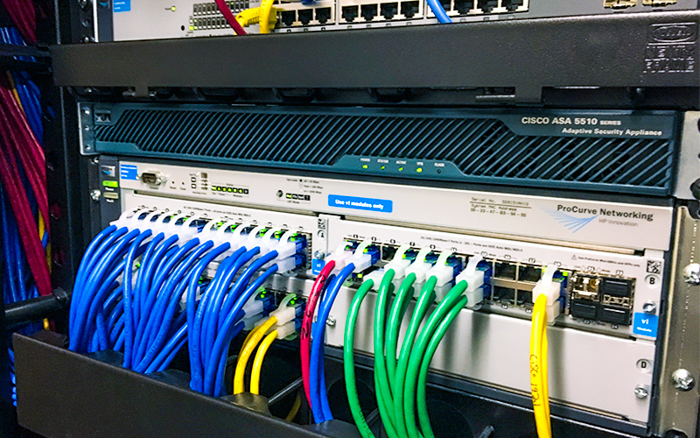 Figure 1: Example of a network setup for an office setting.


A simple explanation of the Ethernet is that it consists of a system used to form a local area network (LAN), a wide area network (WAN), or metropolitan area network (MAN) by connecting numerous computers together. This system helps with the transmission of information, so it is efficient and reliable while not allowing simultaneous transmissions between two or more systems as a set of protocols are in place to dictate how information is passed along.

While Ethernet sounds like a buzzword created within the last decade, it is actually older than what many people may think. The Ethernet was first created back in the early 1970s by Robert Metcalf, along with David Boggs, who worked for the Xerox Palo Alto Research Center (PARC). The team was assigned the task to connect the first ever personal workstation consisting of hundreds of computers to the very first laser printer developed in the world. To do this, Metcalf and Boggs had to overcome a very big issue of packet collision.

A packet consists of a unit of data that goes from a start point to a destination during routing. Anything that is currently sent over the Internet, such as GIFs, emails, or URL requests are broken down into chunks of data until it is at the sufficient size for routing. Then, all these packets are transmitted across the Internet together or in different routes as they reach their destination due to a number and Internet address that was assigned to each packet.

All those packets traveling at one time would decrease the efficiency of the data system back in the 1970s. If two systems transmitted at the same time, the packets would collide and "become lost in the ether." The system nodes would have to retransmit the packets after an interval of time, causing an increase in traffic load capacity that lessened the system's efficiency. Metcalf and Boggs worked to discover packet-queueing algorithms that sought to increase traffic capacity efficiency by 90 percent as their work became the basis of Ethernet and the media access rules (MAC).

However, for their particular needs at PARC, Boggs and Metcalf realized that wireless solutions would not be the right choice. They instead turned to coaxial cables to form the connections as the computers could obtain a network speed of 3Mbps. Xerox kept this technology under lock and key until 1983 when the Institute of Electronics and Electrical Engineers (IEEE) 802.3 committee standardized Ethernet as it was now able to be commercialized.

As Ethernet began to catch on in homes and businesses across the country and around the world, data transmission began to grow, requiring cables that could handle the numerous packets being routed between computers, networks, modems, and switches. In 1985, 10Mbps network speeds appeared, which was considered fast Internet at that time. Then it increased to 100Mbps in 1995 and increased again to 1Gbps in 1998 when the thinnest cables gave way fiber optic twisted cables, according to TechTarget.

When 2006 approached, so too did 10Gbps networking speeds over fiber optic transmission as twin-axial unshielded twisted pair cables (UTC) were commonly used. These UTC cables were placed into categories with numbers based on use and the number of twists to the wire. They were referred to as CAT cables.

For decades, CAT-1 cables were strictly used as old telephone cables for data rates of 1Mbps. Yet it could not be used for network traffic. CAT-2, CAT-3, and CAT-4 were created to be used with Token Ring networks, which is a LAN where computers are connected in a ring to prevent data collision between two computers that want to send messages at the exact same time. In addition, these particular CAT cables were connected to PCs, routers, and switches. As data rates become larger, the need for faster and more efficient cables was required. CAT-3 could handle the 10Mbps rates while CAT-4 could push the limit up to 16Mbps.


CAT-5 and CAT-6 Cables Taking Ethernet into the Future

By 2010, networks could push higher speeds to accommodate growing data centers as they could reach data transfer rates of 10Mbps up to 75Mbps or more. Since Cat-4 cables could only go up to 16Mbps and with the cable only having a limited bandwidth of 100 meters, newer CAT cables had to be created. Companies having multiple departments spanning the buildings that require secure and fast connections turned to CAT-5 cables as the most desired connection to provide fast speed Ethernet services without requiring computers to be placed into a Token Ring network.

The early CAT-5 cables consisted of a copper wires that had 4 pairs of 8 wires that are twisted, as CAT-5 wires had more twists for every inch then previous CAT cables. These twists to the wire were necessary, as they were designed to prevent interference from one cable to a cable beside it so data packets would not become lost. Although the cables had eight wires, the early version only really used 4 of the wires (2 pairs) to provide 10Mbps to 100Mbps.

Each end of the cable has a jack that looks similar to a telephone jack cable, but an Ethernet cable is slightly wider. The jack is called a registered jack 45 interface standard, commonly known as an RJ45 connector. The connector has eight pins inside for the 8 wires that are in the Cat-5 cable, as each wire is color coded. There are two wiring standards to RJ45 connectors, T-568A and T-568B, based on the application as the wires will have different colors to them to represent which ones are for transmission and which are for receiving. 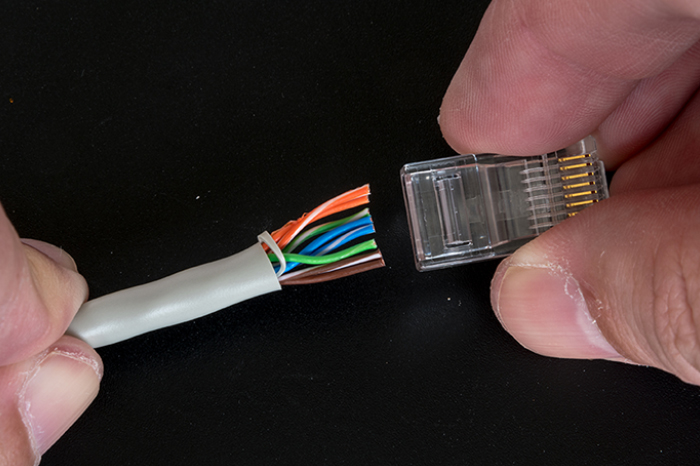 Figure 2: Example of an RJ45 plug being fitted to the end of and ethernet cable.


CAT-5 cables became standard and desired at this time. However, a new problem emerged in businesses that were running a vast array of cables through their buildings and connecting computing devices to each other. Electronic equipment would experience crosstalk. Crosstalk is where electromagnetic signals are emitted that can end up interfering with the routing going on in cables, as this interference would increase the number of lost packets and overall errors.


Applications for CAT-5E and CAT-6 Cables

For roughly 15 years, CAT-5E cables were used for most standard applications from workplaces to home workstations. CAT-6 cables were the newer version, yet they're going through heavy use as company network connections. The CAT-6 connections could provide more capabilities at faster rates with a longer bandwidth of up to 164 meters.

Deciding on the right cable to use is dependent upon what type of connection a company needs, the amount of crosstalk that will be experienced in the workplace environment, the standard data rate that is required, and the bandwidth limits. Most residential applications will only require the CAT-5E cables for use, as these cables are more than sufficient to provide the right connection at the right price.

For commercial applications, a small company that doesn't require a lot of Internet connections for their workspace because they aren't sharing large amounts of files between computers could also rely on CAT-5E cables. Yet, for corporations who expect their data rate needs to grow in time, they would be better off having the CAT-6 cables. Companies should also turn to CAT-6 if they will be doing a lot of video and audio processing between workstations, as the higher gigabyte networking capabilities of the CAT-6 would fulfill business needs.

Newer CAT cables are constantly being introduced to meet the growing needs of larger data rates. CAT-6A and CAT-7 are already here, as networks will become vast and change the landscape on how data is transmitted and received.

It’s clear that as data transfer rates grow and RJ45 interconnects become the norm, CAT cable’s use will continue to be widespread. This creates new opportunities to marry the standardization of the CAT series of cables with customized features, lengths, functionalities, etc. There are countless ways to incorporate CAT style cables into both ethernet and non-ethernet applications. For example, pins can be blanked out and only 4 conductors may be used - while keeping the low cost RJ45 connector as your connector.


In this design application these cables can be used to pass low voltage power and data, or whatever your application demands. CAT cables can also be customized with an infinite number of over molding configurations providing ingress protection to weatherproof enclosures requiring internets access.

Depending on your application, Epec can help solve the most complex design challenges that incorporate CAT cables with RJ45 connectors. 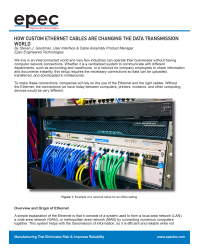